I beg the public's indulgence for this map test.

Talking About the Weather

"When two Englishmen meet, their first talk is of the weather; they are in haste to tell each other, what they must already know, that it is hot or cold, bright or cloudy, windy or calm."

--Samuel Johnson, quoted in "The Invention of Clouds," by Richard Hamblyn 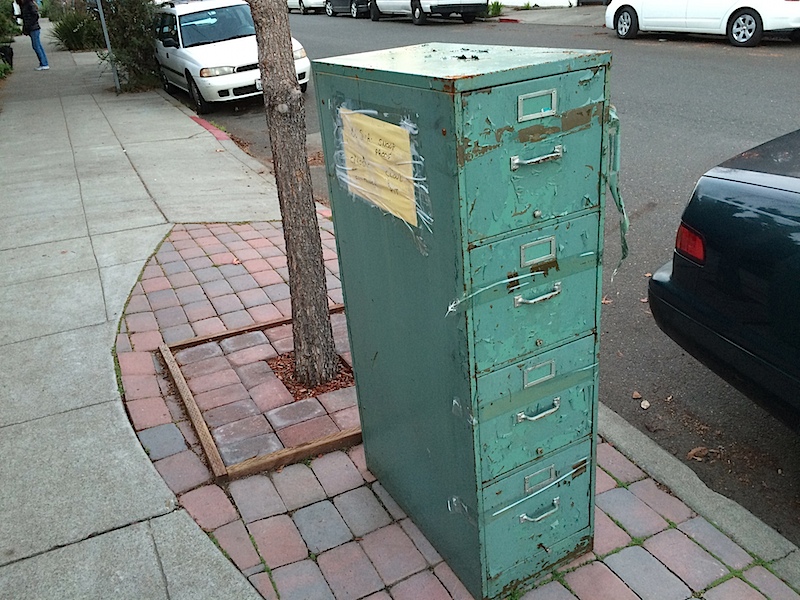 Among the slow-motion trends we observe in our corner of Berkeley is the proliferation of white elephant items left on the streets -- everything from ratty furniture to unwanted books to antique all-in-one office machines (complete with manuals) -- with signs saying, "Free."

It's not that the stuff is all garbage. Kate and I found a kind of abstract art print in decent condition a year or so ago and brought it home and hung it up. Maybe that's more of a statement about relaxed taste than artistic merit, but we felt it was worth the effort to pick up and carry home and didn't change our minds when we took a second look at the thing.

For the most part, though, what you see out on the curbs and at the end of driveways is crap of dubious utility. It's stuff put out on the street with the hopeful delusion that even though your dog finds the old couch repulsive, someone out there would be happy to have it. They would welcome the chance to fumigate and reupholster it. After all, it's free.

Every once in a while, though, someone dumps their castoff item in the public right-of-way with a note that seems to say, "Who are we kidding? This is junk, but we're leaving it out here for the amusement of you, the passer-by. Maybe you'll even take it away."

Witness the item above (and attached message, below), a dated piece of office equipment with a topical note appealing to those who wish for the days before everything we do could be captured on a server somewhere and preserved forever. 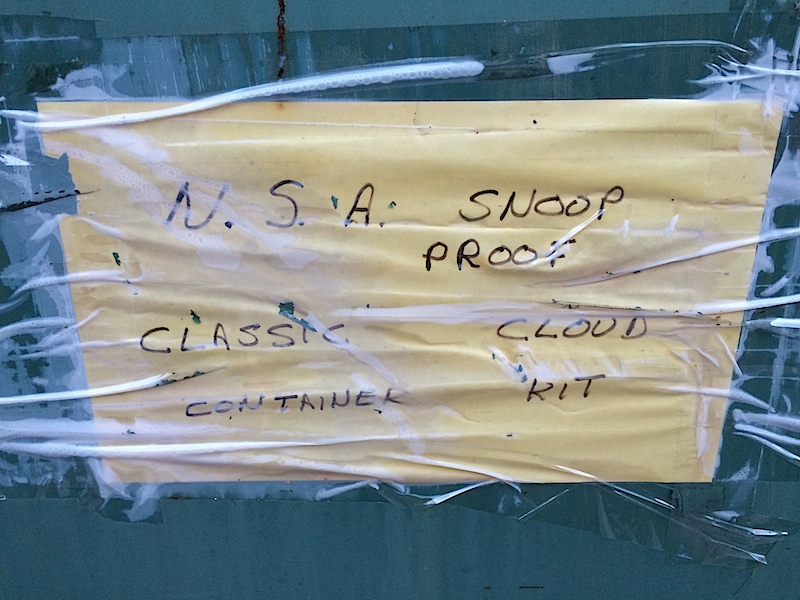 Science Friday filled its New Year's Day show with some greatest hits segments, including an excerpt of an interview that Ira Flatow did with filmmaker Werner Herzog, novelist Cormac McCarthy and physicist Lawrence Krauss in 2011. It's an absorbing 21 minutes, and I'll have to go back now and listen to the longer version.

At one point, Herzog made an observation about the transience of human life on Earth: "It's quite evident that human beings, as a species, will vanish and fairly quickly. When I say quickly, maybe in two or three thousand years, maybe 30,000 years, maybe 300,000, but not much more, because we are much more vulnerable than other species, despite a certain amount of intelligence. It doesn't make me nervous that fairly soon we'll have a planet which doesn't contain human beings."

Herzog explains that while it's a possibility humanity could self-destruct, he's really thinking more about "events … which would instantly wipe us out."

Krauss readily agrees that a catastrophe is "likely to happen. That will inevitably happen anyway." He adds that one of the rosier scenarios he sees for our kind is that we'll eventually be superseded by our own creations -- the computers.

Then he offers this takeaway:

"So I think, you know, we may disappear as a species just because we become irrelevant, as well as being destroyed. But I don't think that's a bad thing. That's just - that may be the future. . . . We shouldn't be depressed if we disappear. We should be thrilled that we're here right now. . . . That just means we should make the most of our brief moment in the sun."